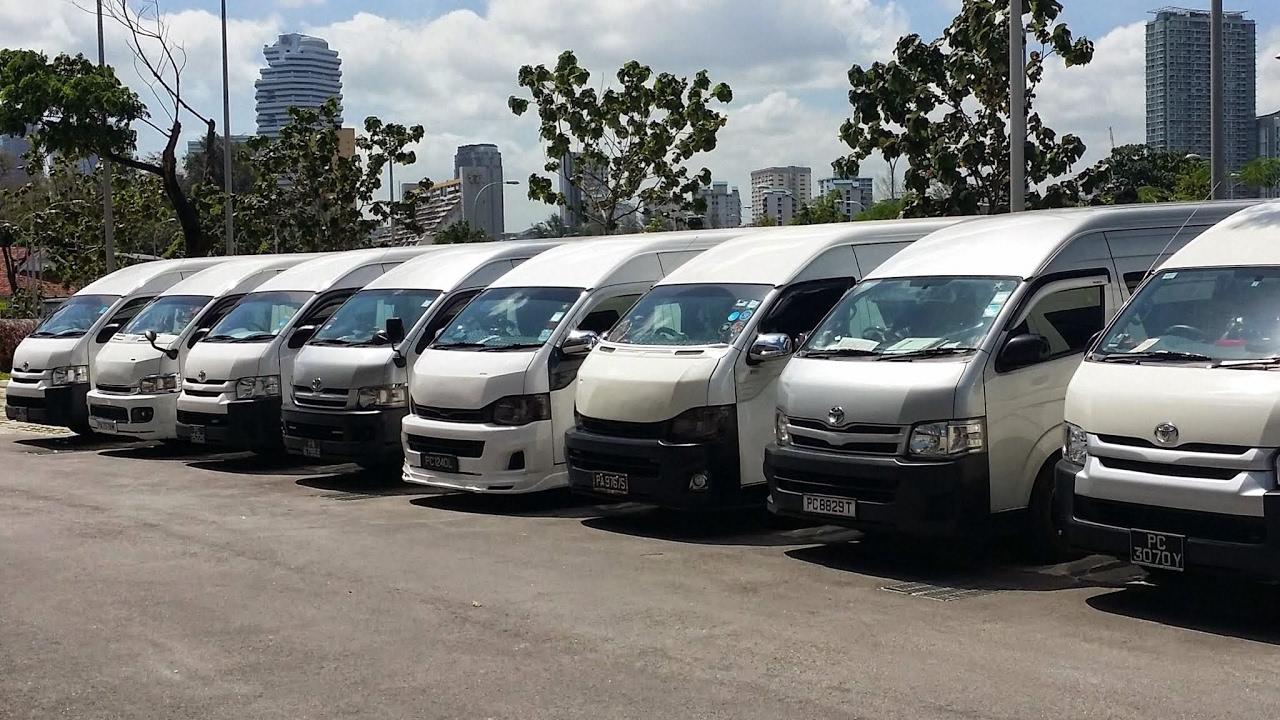 Are you looking for a 6 Seater Maxi Cab Singapore, 7 Seater Limousine Taxi And 13 Seater Traveler Van Work With With Chauffeur We are Available 24 hours

So you have decided to go from Singapore to Legoland Malaysia. That’s great! Have you plan on how are you going there from Singapore? Here is my story…..

I decided to spend the rest of our long weekend in Singapore. After looking at the LEGOland website, I thought that getting from our Singapore hotel to the park would be rather easy, especially if I took the direct bus service from the Singapore Flyer that I’ve seen on the park website and mentioned in many news articles. Boy, was I wrong! In the end, we ended up taking a taxi there and back. Read through what didn’t work or skip down to Plan F for the best solution.

Three days before our visit, I called WTS Travel to make a reservation as suggested by LEGOland’s website. It’s SGD$20 per person round-trip or SGD$100 for my family of 5 people. I had even booked a hotel near the Flyer to make our day easier. That’s when WTS informed me that I could only make the booking in person at one of their locations. Is there a location in Penang? No. I couldn’t make a booking on-line or over the phone, only in person would suffice. The agent specifically advised against showing up at the Flyer without a booking because they’d likely be full. Since we wouldn’t be arriving in Singapore until late the day before our planned park visit, this option wouldn’t do.

UPDATE: WTS Travel now offers on-line booking and payment for their shuttle bus. It accepts PayPal for the payment. Book at least a week early as the buses fill up. I have not tried this service myself but am keeping it in mind for our next trip. The company also has a shuttle from Singapore to Hello Kitty Town/ Little Big Club in Johor.

I started looking into the many Causeway Link bus services listed on the LEGOland website. But since I’m not from Johor or Singapore, none of the stations or routes were familiar to me. And of course, I’d have to get from my hotel to the starting point of the bus service. After speaking to a Malaysian Penang friend who took his kids there a few weeks before me, I got a little worried. As his son summed it up, “We took the wrong bus.” Would I inadvertently end up on a tour of the Johor bus system, arriving at LEGOland hours later than desired? So, I called the concierge at my hotel.

Two days before our trip, the hotel found a Malaysian tour company that picked guests up from their Singapore hotels, drove them to LEGOland and then returned them to the Singapore Flyer (not to the starting hotel). The price quoted was SGD$73 per adult and SGD$66 per child, including transfers both ways and park admission. Since park admission is SGD$56 for adults and $44 for children, this price didn’t seem bad. The downside is that the return shuttle left LEGOland at 5:15 p.m., a full 45 minutes before park closing time that day. Great. Book it.

But it was not to be. The tour company could not confirm on the spot. They had to consult with their counterpart in Malaysia first. We arrived at our Singapore hotel at 11:30 p.m. to discover that we did not have a place on the next day’s tour. Three days later was their first opening. (I think more tour companies have since opened up, making it easier to book online.) Since we specifically timed our visit to not be there on a public holiday or weekend, this would not do. Which brought us to Plan D.

The concierge offered to book us a private car. I can no longer remember the price. It was late at night. We wanted to leave for LEGOland in eight hours. The first 3 plans did not work out. I was willing to agree to almost anything. Yes. Please book it. Ten minutes before we were supposed to be picked up the next morning, the concierge calls to tell us there are no private cars available.  Arghhhh!!!!

If you want to travel in a 7-seater Mercedes van and are willing to spend SGD$200 each way, I found a service called Maxi Cab, although I have not tried them myself.

So we walked out the door and hailed a taxi as instructed by the concierge. You cannot take a regular Singapore taxi across the border. Instead, you must use a cross-border taxi. So, this is what we did:

Drive across causeway into Malaysia

Note: The concierge told us we’d have to transfer to a local Malaysian taxi after crossing the border, but our driver was willing to take us all the way to LEGOland.

We asked the driver to come back at 6:30 p.m. (half an hour after closing that day) to bring us back for another SGD$70. Joy of joys! I must have tipped him enough because he was waiting for us when we exited after a long day of fun. I didn’t see many other taxis queueing up, so I am very glad that we had booked one.  He drove us 90 minutes back to Ban San Street where we had to transfer to a local Singapore taxi to get back to the hotel.

After four days of trying to work something out, it ended up being SGD$154 round-trip (SGD$54 more than my original Singapore Flyer shuttle plan). However, we had door-to-door service and much more flexibility with when we wanted to depart and return.

Book a private maxi cab or mini bus directly from your doorstep to legoland and back. Its the most convenient, affordable and reliable.